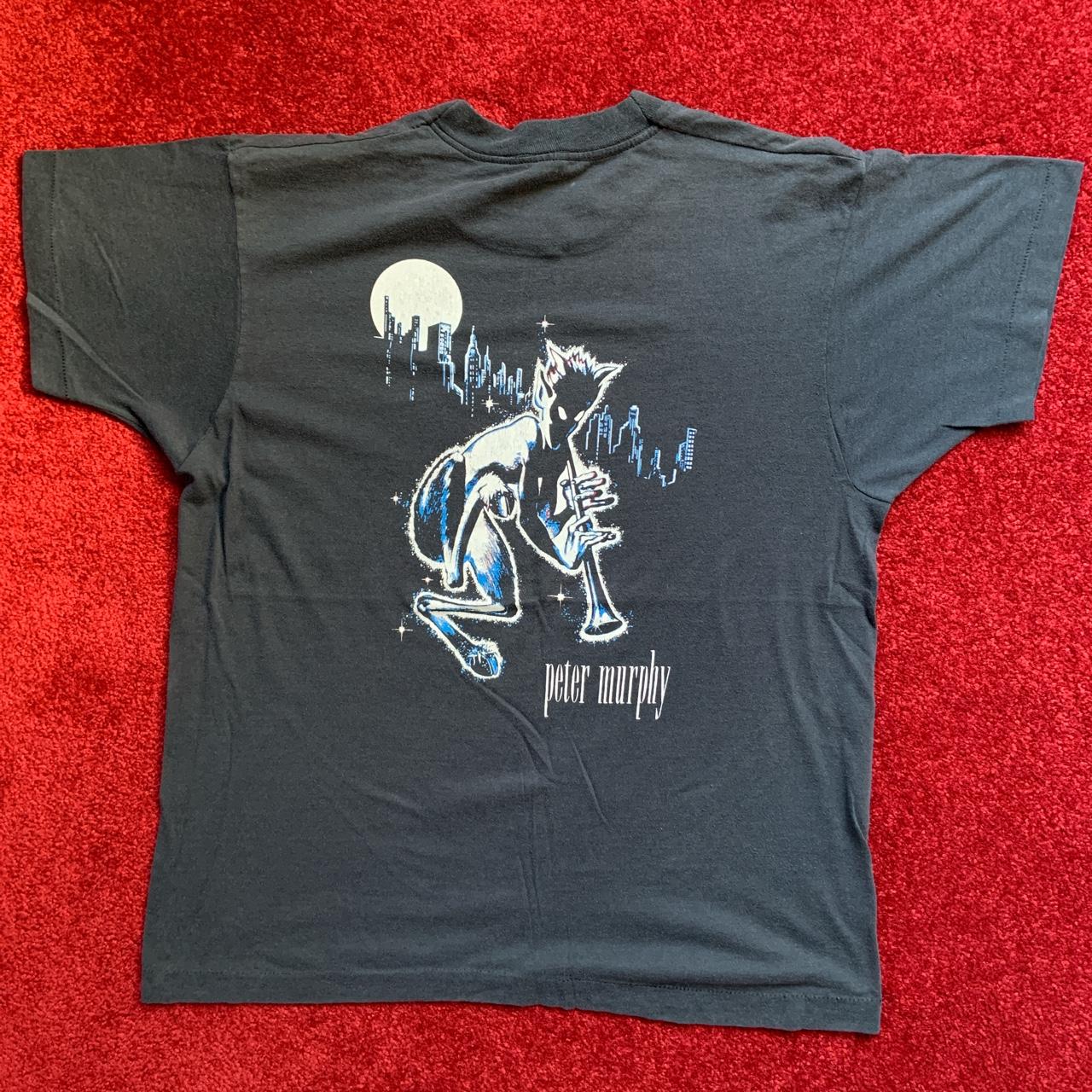 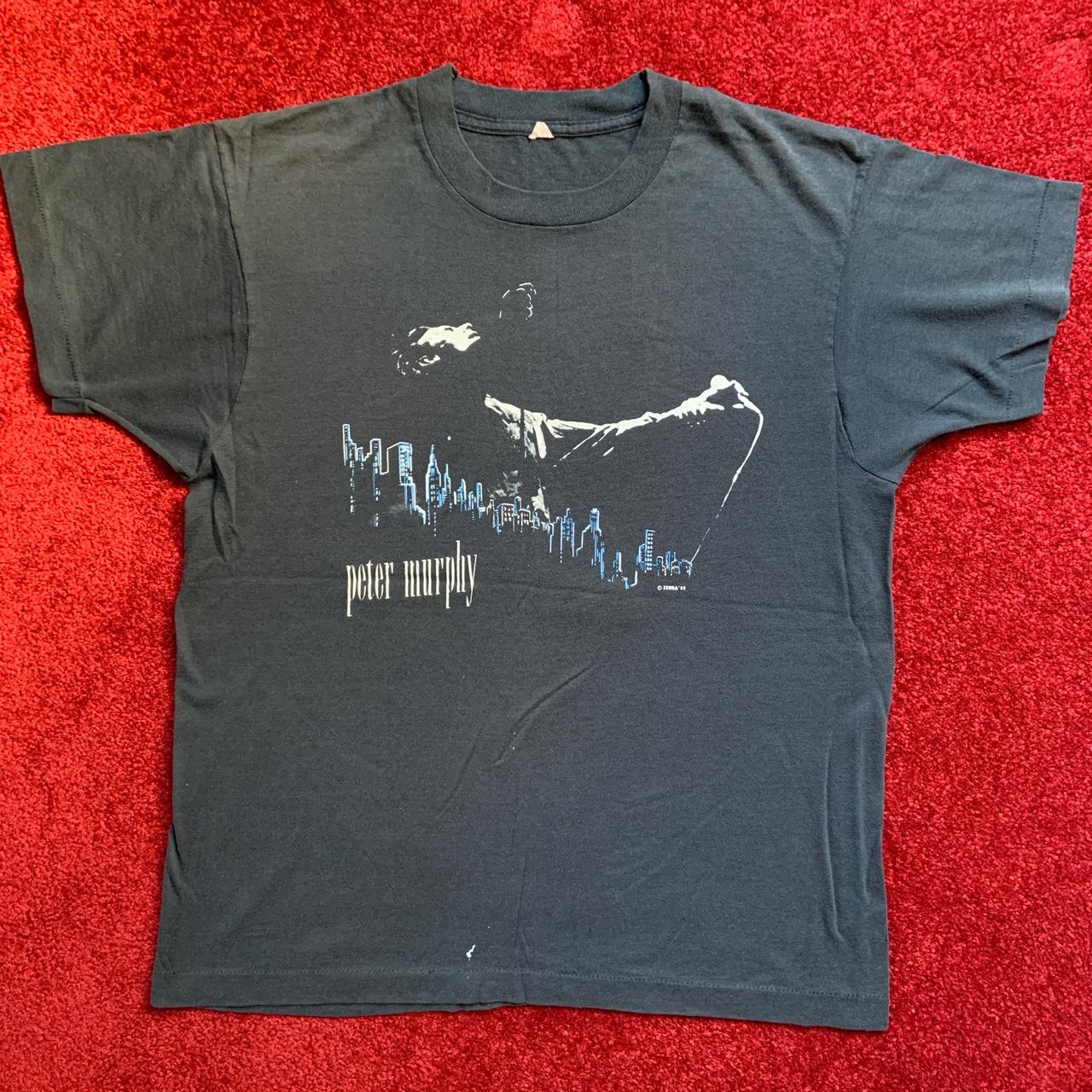 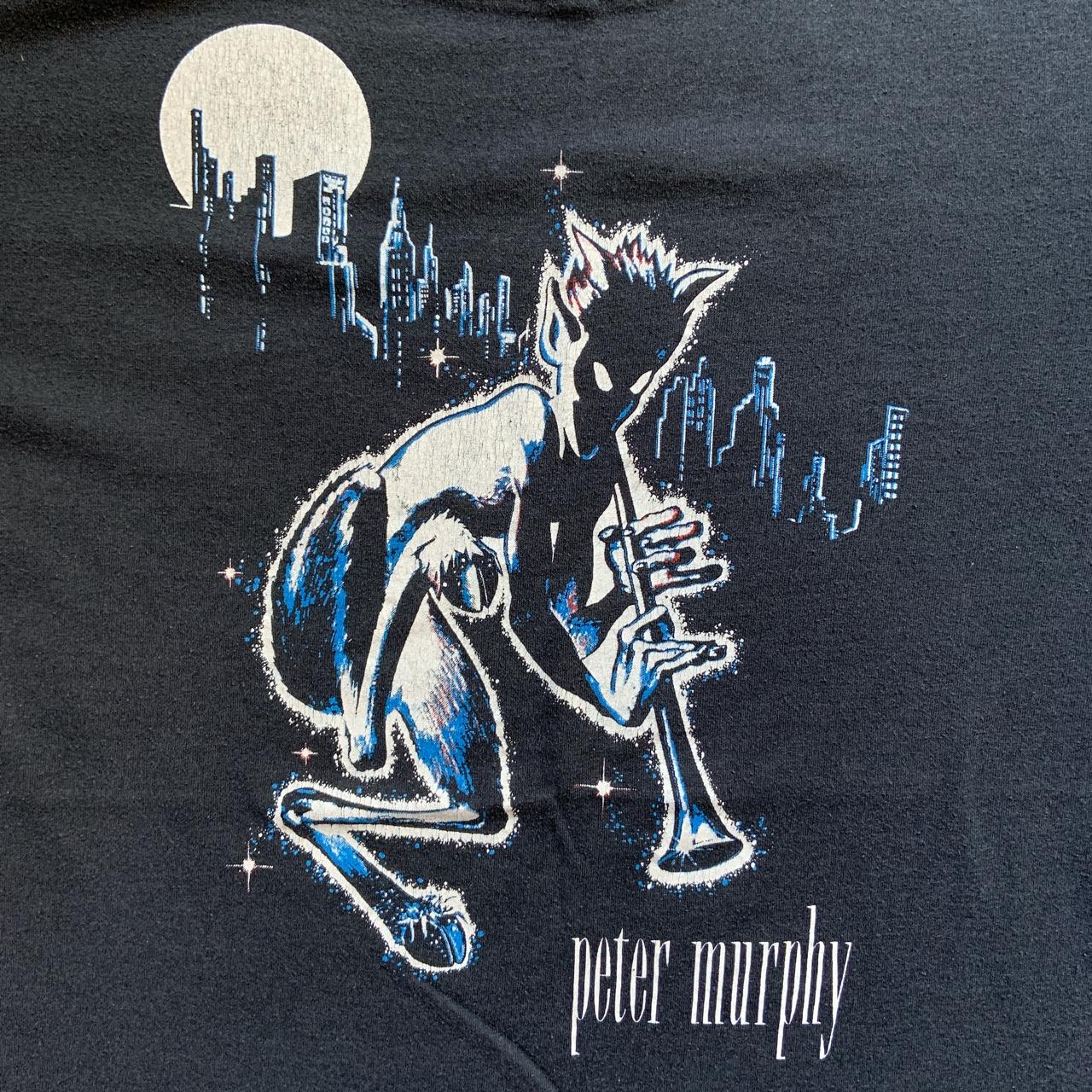 1988 vintage PETER MURPHY tourshirt I bought at his Miami gig in 1988. As this took place at Club 1235, which was owned by Prince at the time, Peter played “Indigo Eyes” and “Purple Rain” for his encore. Shirt has been rarely worn and safely stored. It’s really in great condition with no holes or anything like that, though if you look closely there a couple of little stray inkspots the same color as the graphic. I’m not sure they are intentional, but they were like that when I bought the shirt new. Sports a nice vintage fade, but the fabric is still dark enough to make the graphic pop. Tag says this is a Men’s X-large. Laid flat, it’s 21” across the chest and 27” top to bottom. Probably wears more like a large. #petermurphy #neworder #joydivision #thecure #bauhaus