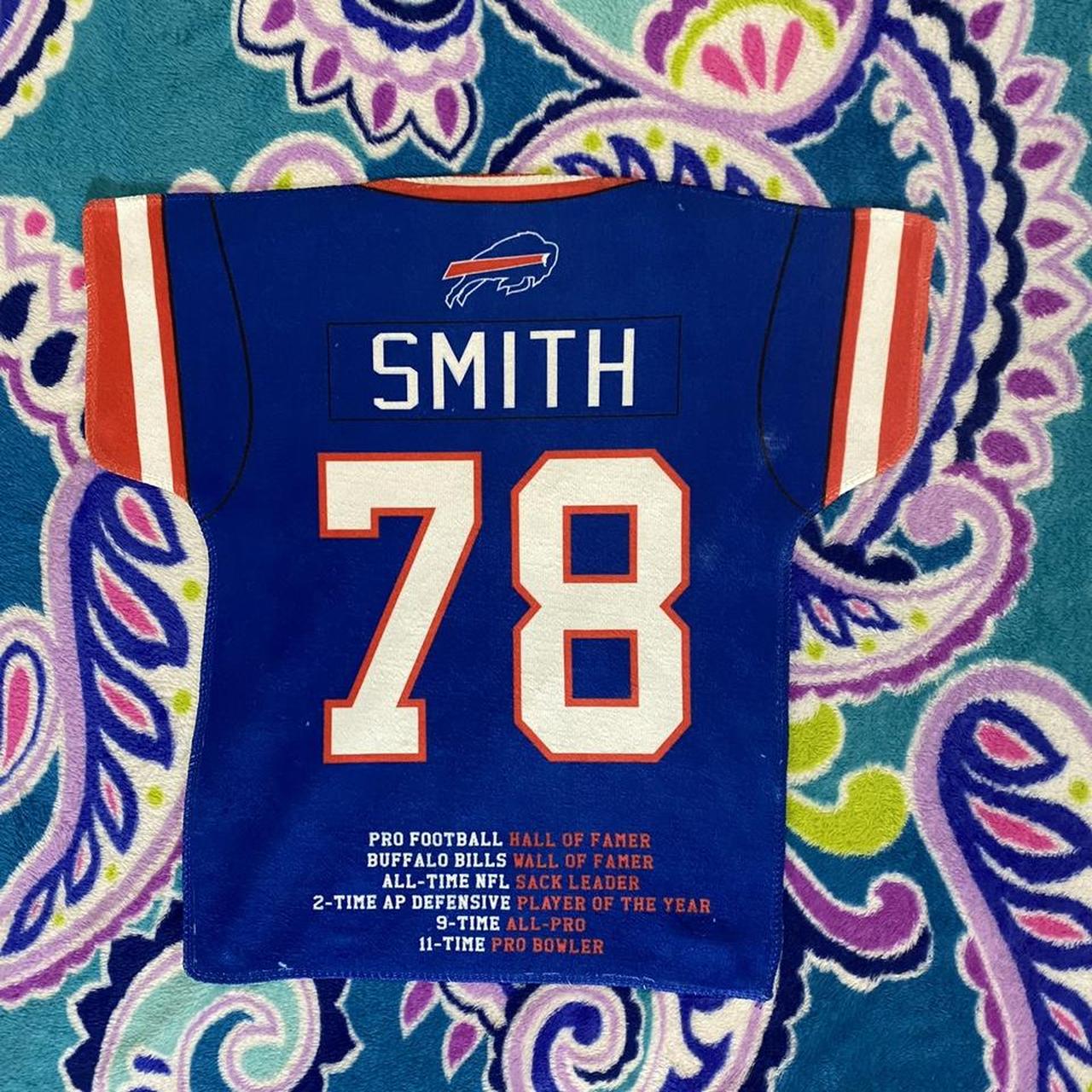 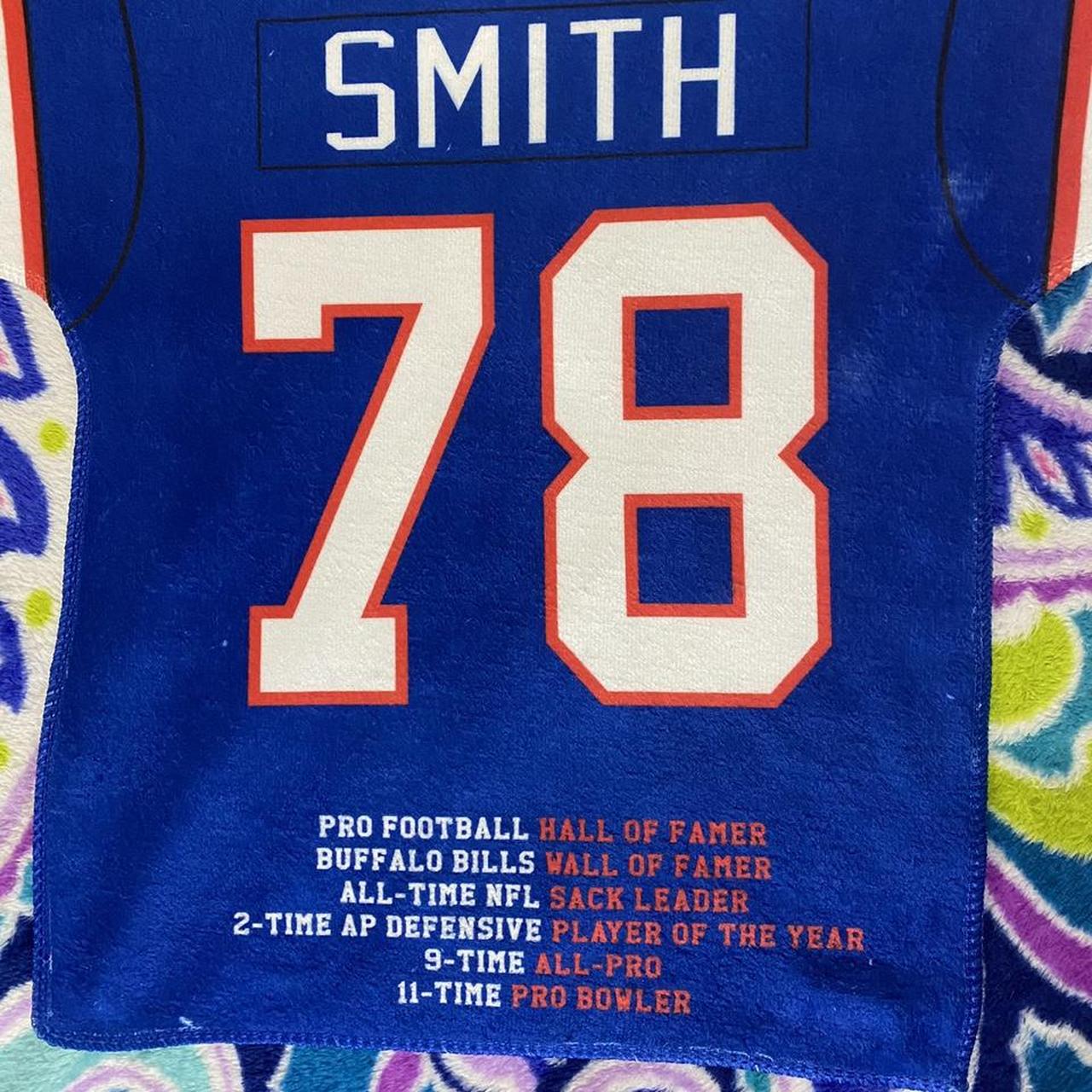 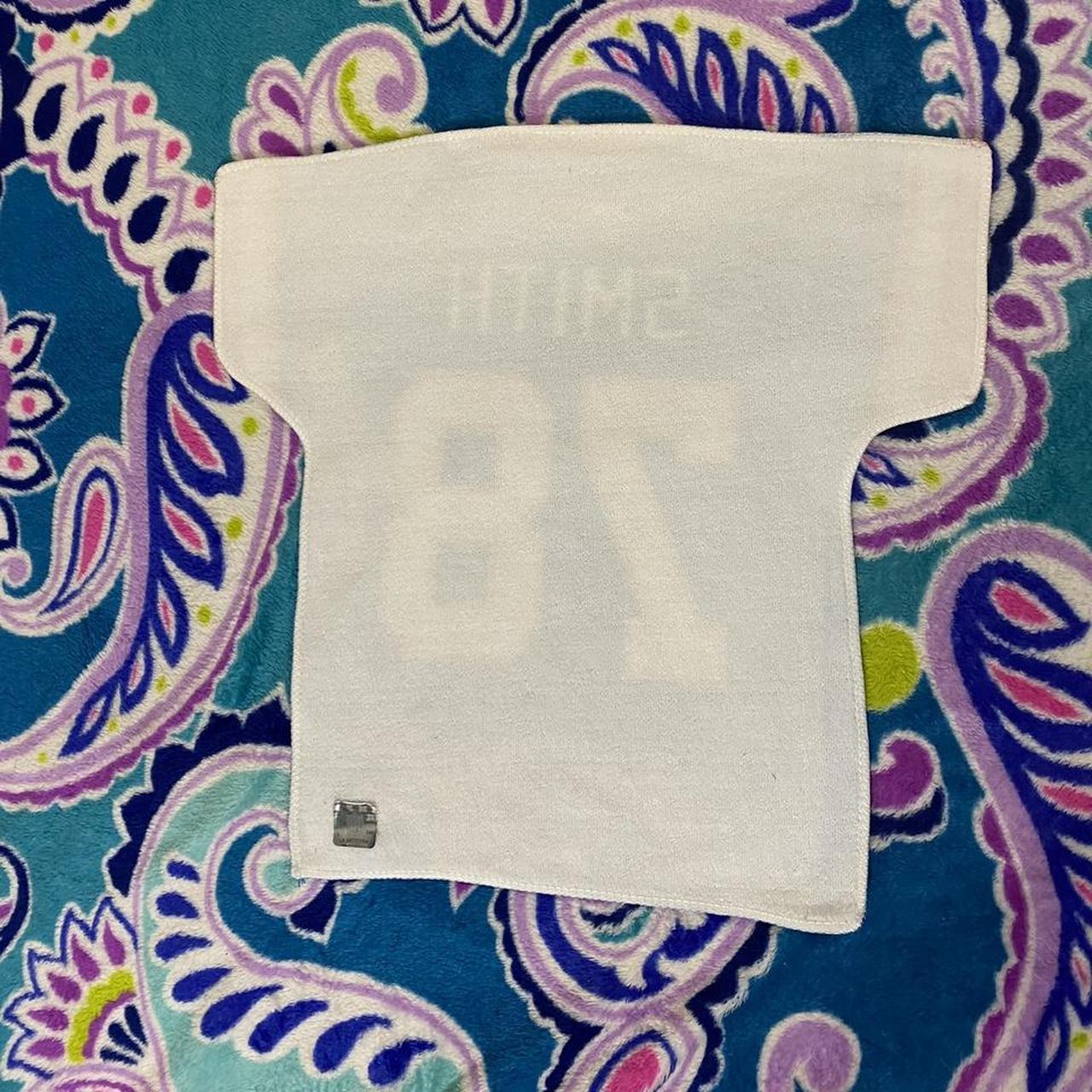 This towel is from Week 2 of the 2016 season. New Era Field stadium Giveaway on Thursday September 15th, 2016. During halftime, Bruce Smith's number #78 jersey was retired to the Wall of Fame in New Era Stadium. Fans were given a commemorative towel that touted some of Bruce's great achievements. The towel is fleece. Official NFL sticker is still on back left bottom corner. No flaws on this garment. Condition 10/10. #vintage #buffalo #buffalobills #nfl