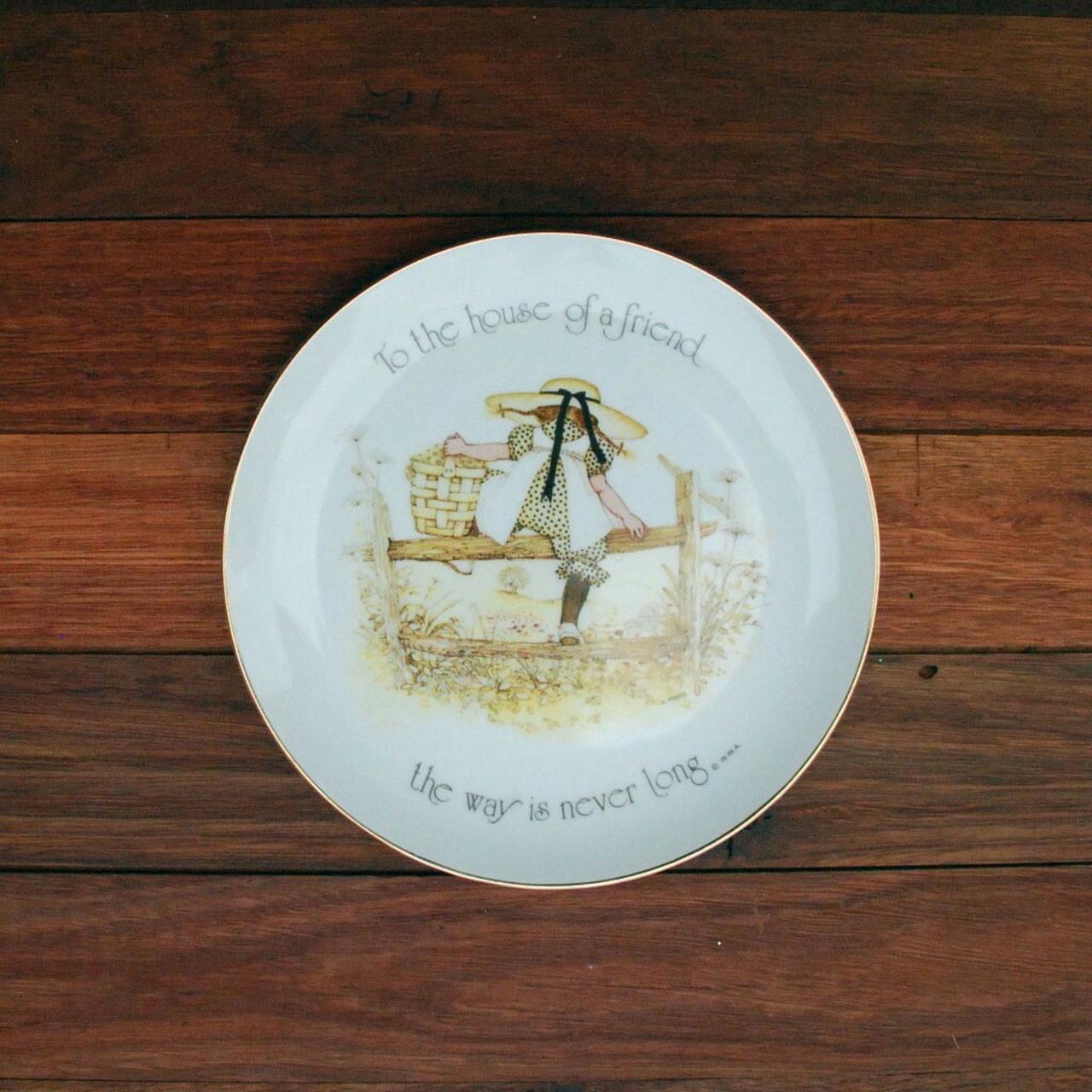 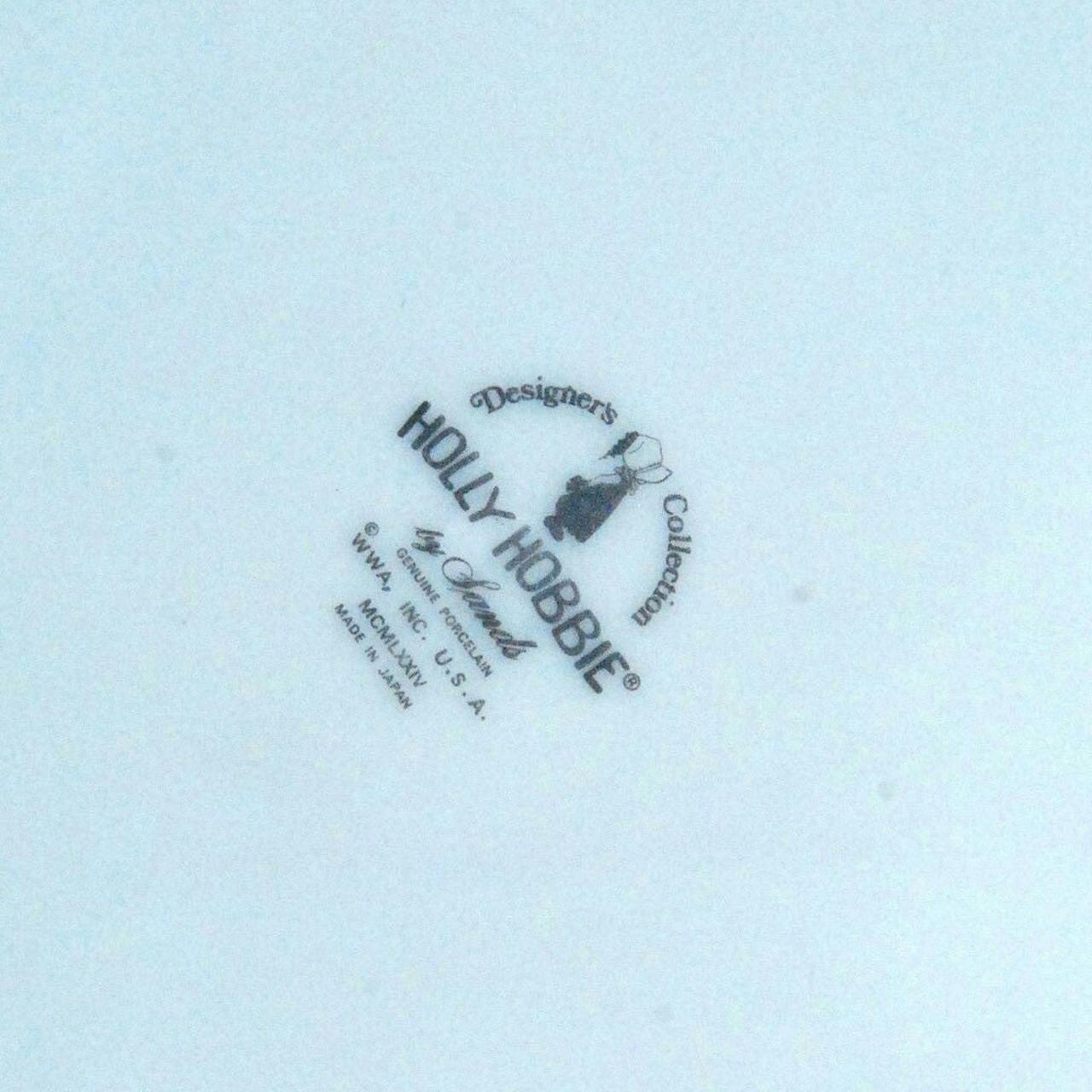 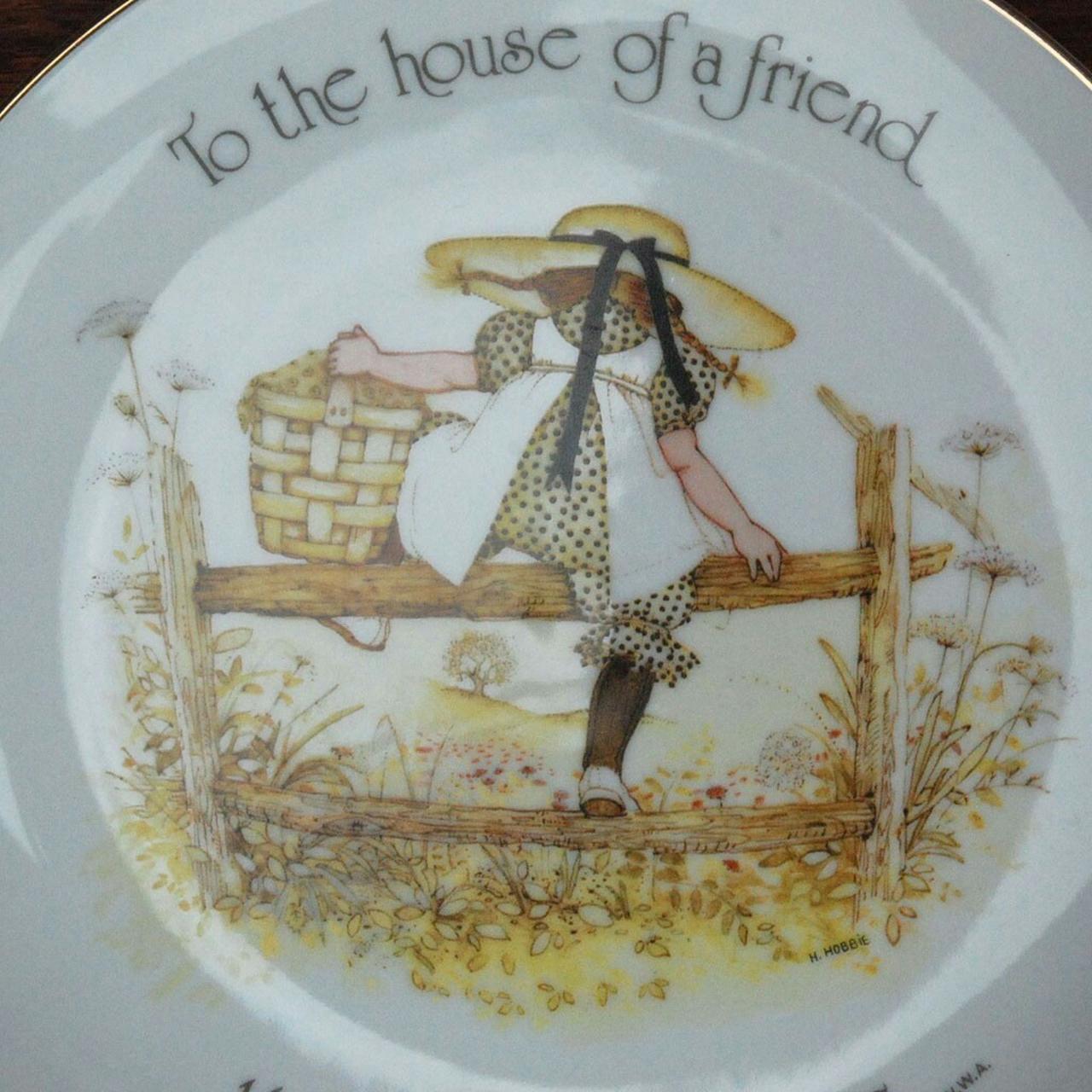 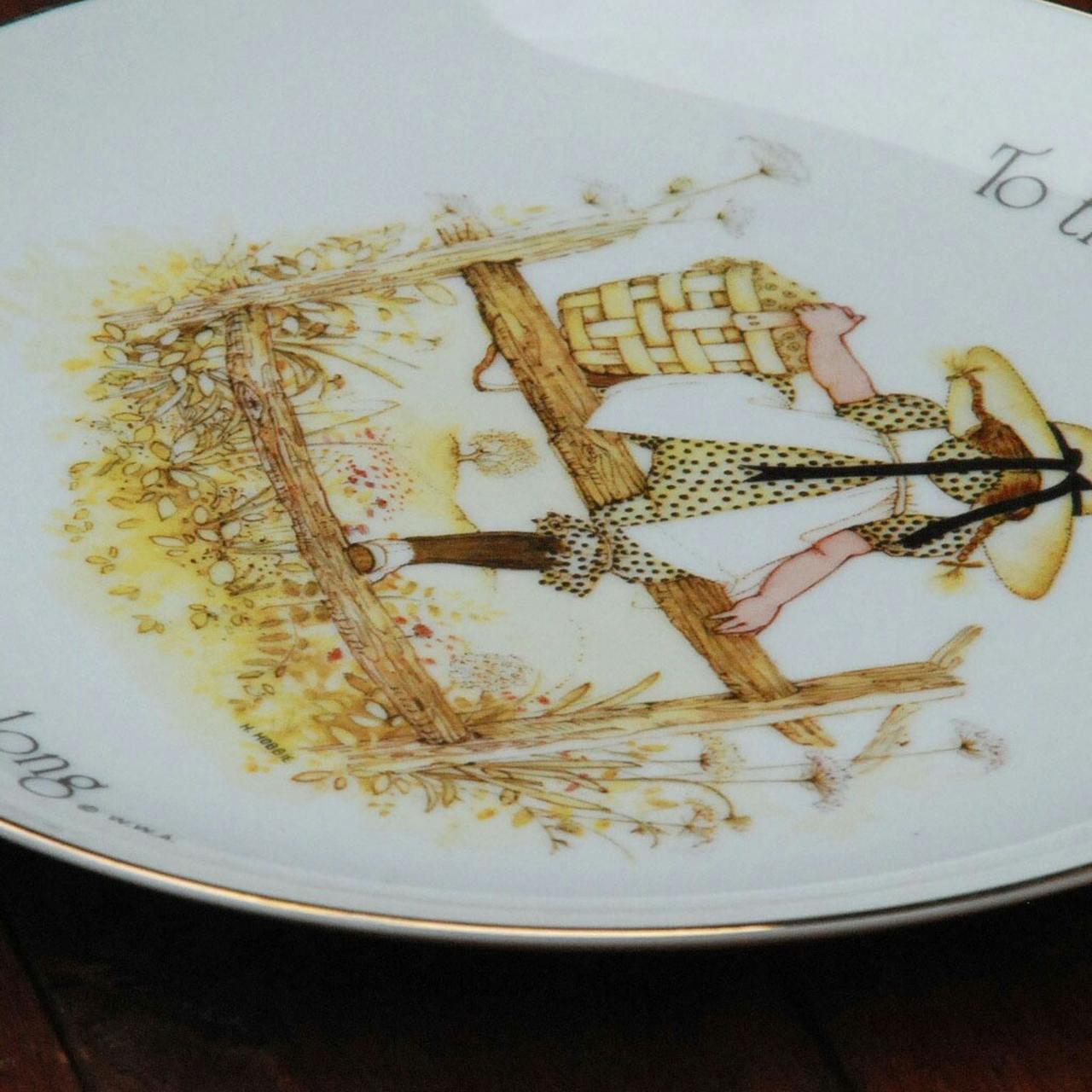 Active over a week ago

1974 Holly Hobbie Plate - If you were a child of the 1970′s Holly Hobbie was a household name and you know doubt had a Holly Hobbie bedspread. Holly Hobbie (born Denise Holly Ulinskas, 1944) is an American writer and illustrator and the name of a fictional character based on this person. In the late 1960′s, Hobbie sold distinctive artwork of a cat-loving, rag dress-wearing little girl in a giant bonnet to American Greetings. This series of illustrations became popular and her originally nameless character became known as “Holly Hobbie.” This 1974 Holly Hobbie 24cm collectable plate “To the house of a friend the way is never long” provides a warm reminder of the value of friendship and makes for a very sweet gift to your BFF. Overall Condition 5/5 #hollyhobbie