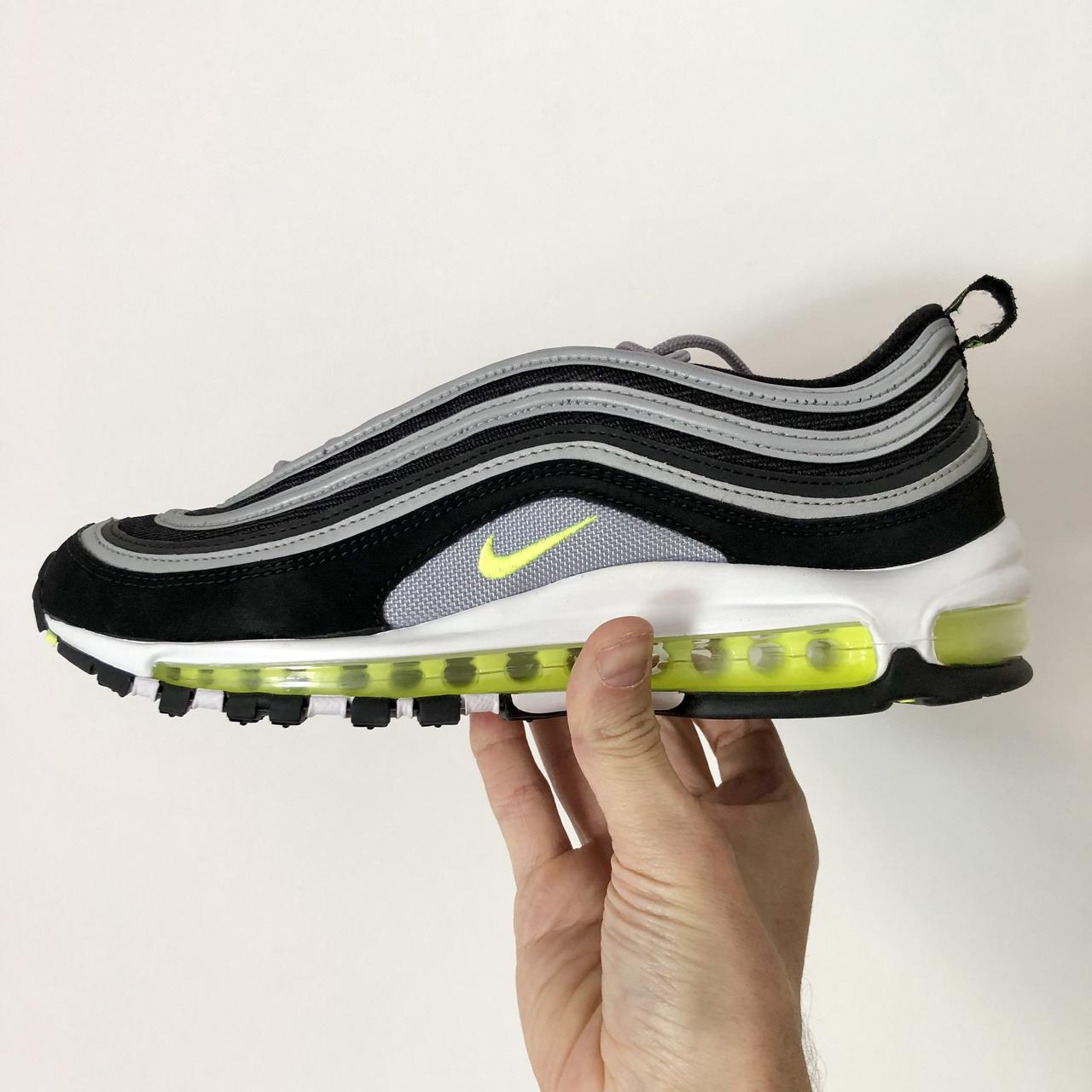 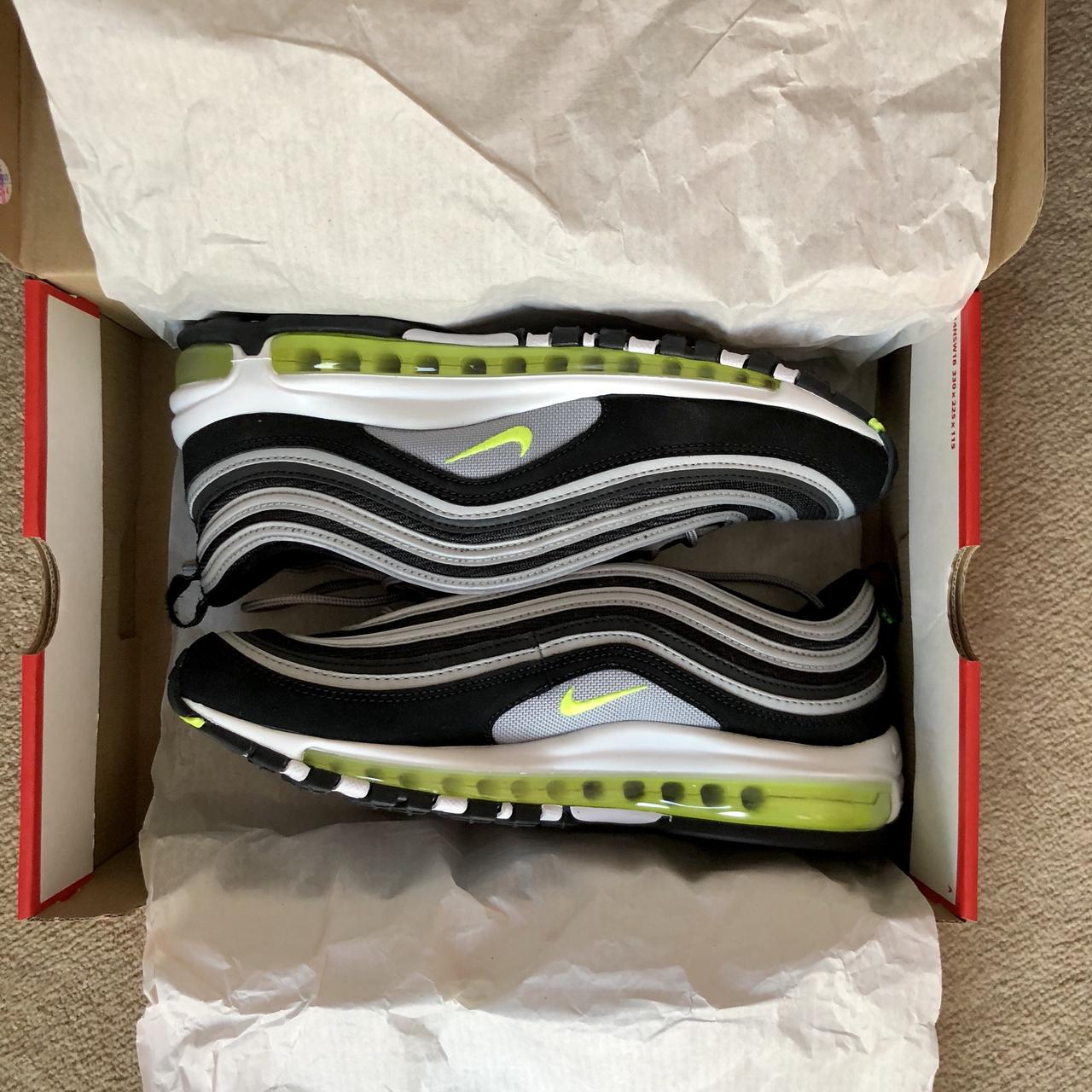 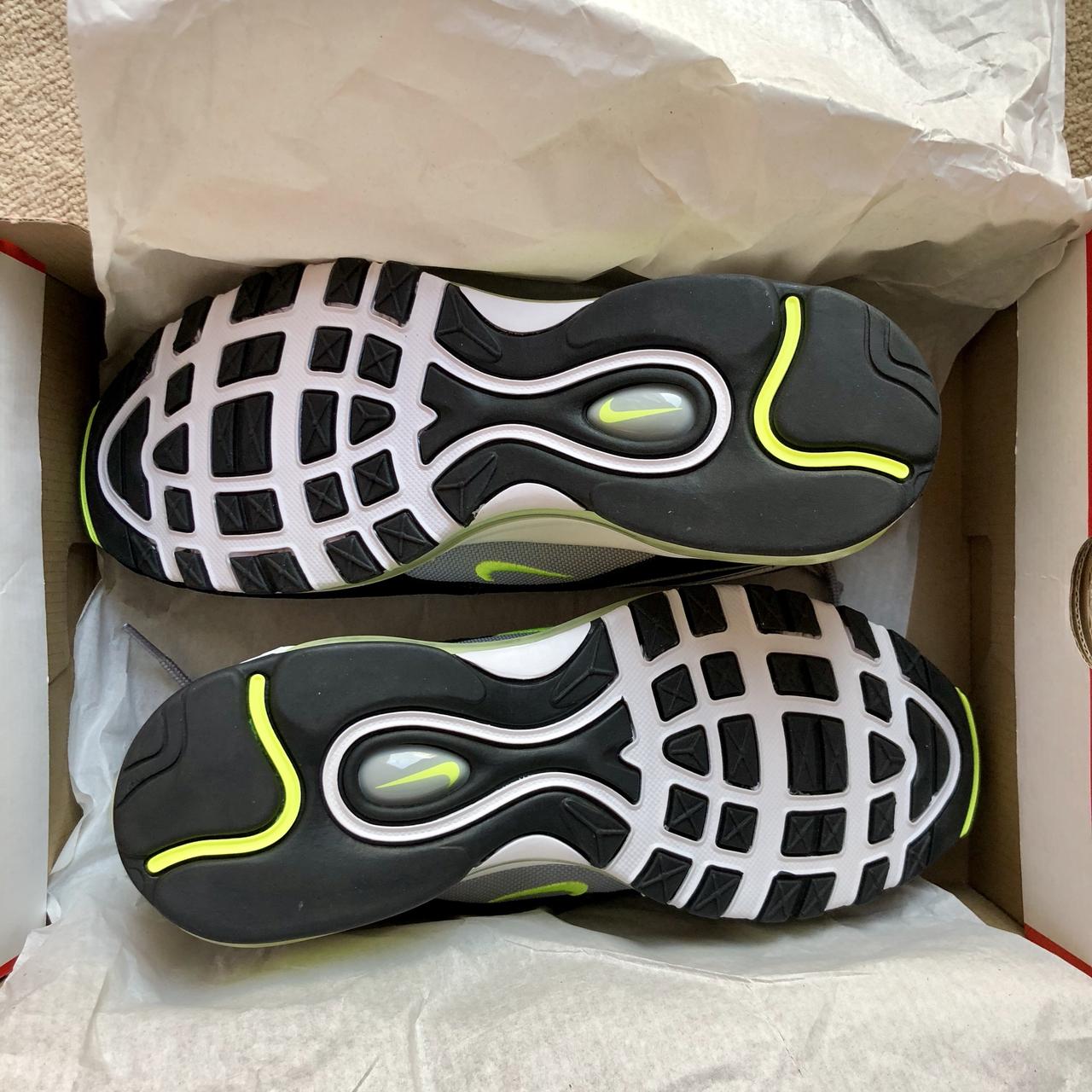 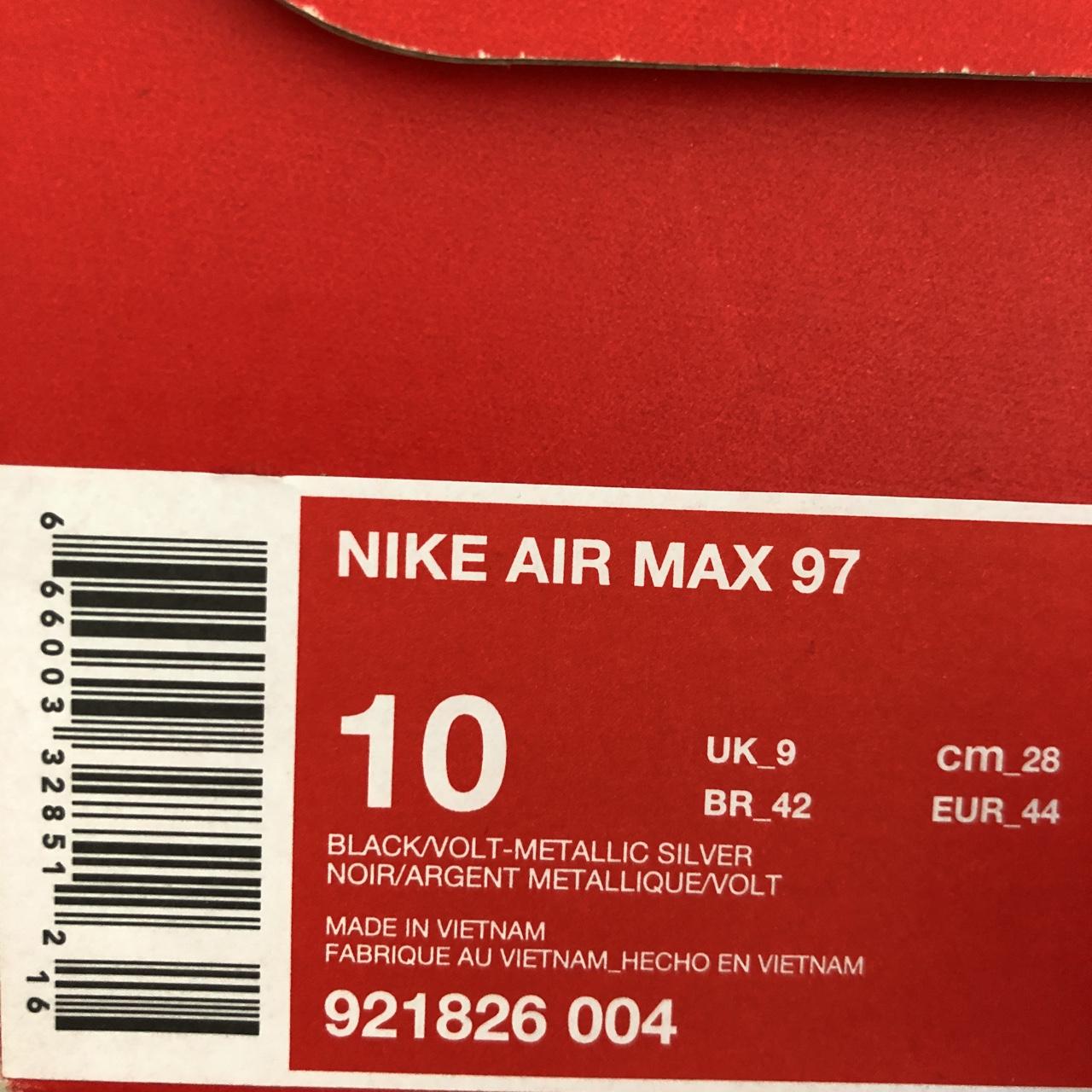 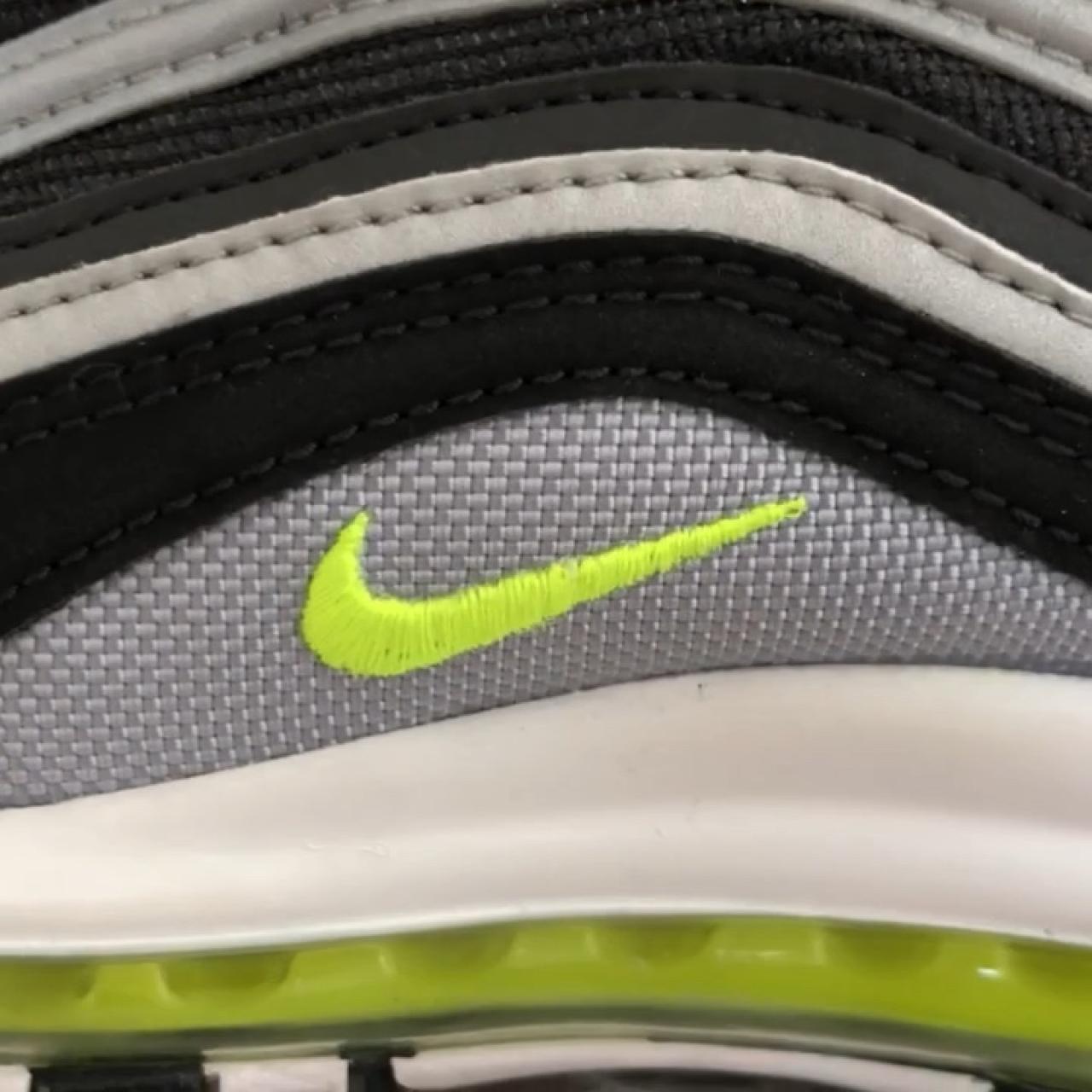 Nike Air Max 97 Black Volt Metallic Silver. This colorway was originally released in 1997 as a Japan exclusive only. Back in the early days of the internet I used to hunt these on Japanese classified websites and resell them in Europe to collectors. Nike subsequently released them in this color around 10 years ago, and now again recently for the second time. This pair is brand new deadstock and I’m selling them because they’re not my size.