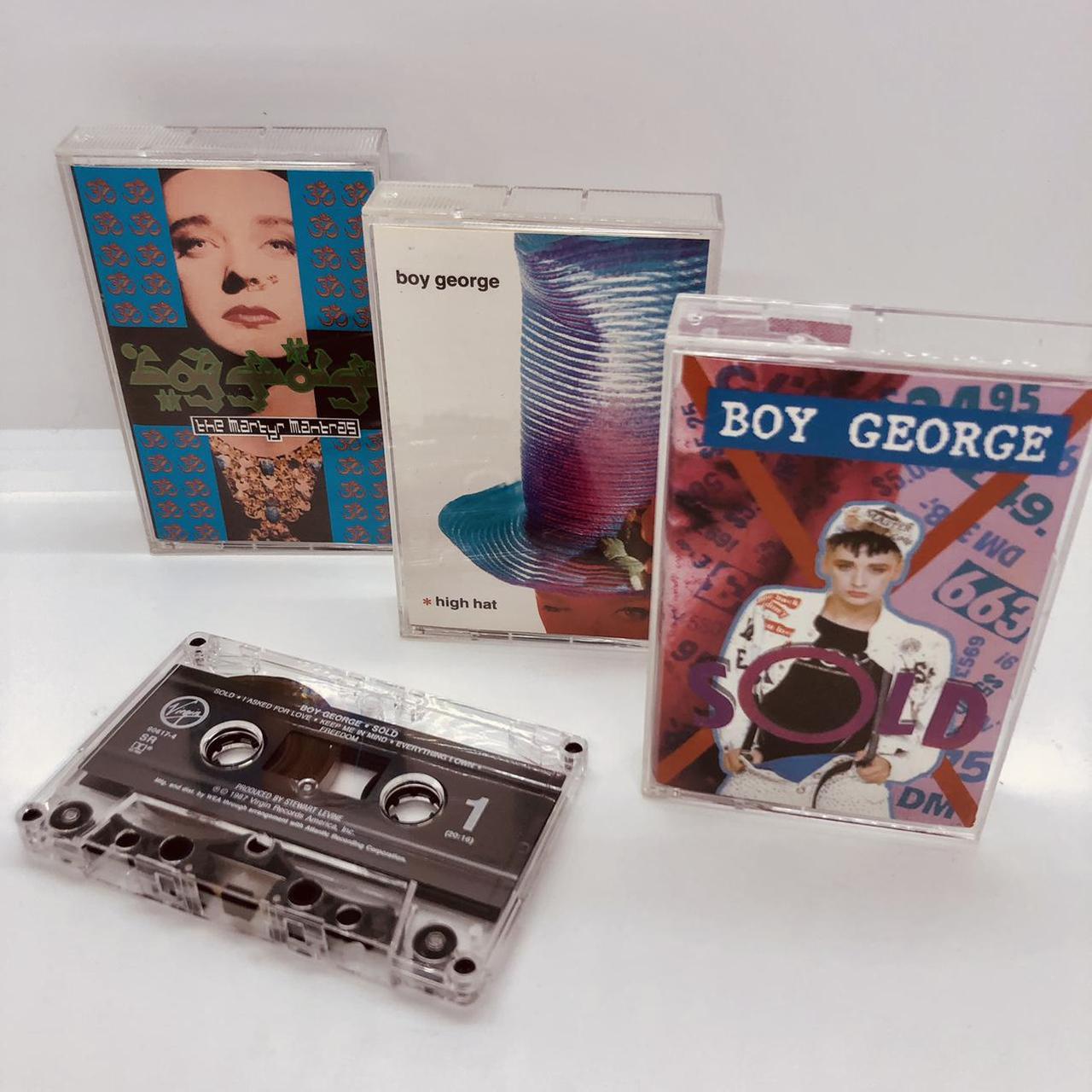 Boy George Cassette 3-Pack 1. Solo, 1987 - Boy George's debut solo album with Everything I Own, Keep Me in Mind, and To Be Reborn. 2. High Hat, 1989 - compiling tracks from Boy George's UK and European albums, Tense Nervous Headache and Boyfriend. 3. The Martyr Mantras, 1990 - the only studio album by Jesus Loves You and the 4th studio album by Boy George. It was credited to Jesus Loves You worldwide except in North America, where it was credited to Boy George. Includes One on One, Bow Down Mister, and Generations of Love Boy George was lead singer of the 80s pop band Culture Club who sang Karma Chameleon, Do You Really Want to Hurt Me, and Time (Clock of the Heart). George is known for his soulful voice and his androgynous appearance. He was part of the British New Romantic movement which emerged in the late 1970s to the early 1980s. Free shipping with USPS Media Mail. #boygeorge #cultureclub #brit #britpop #collector