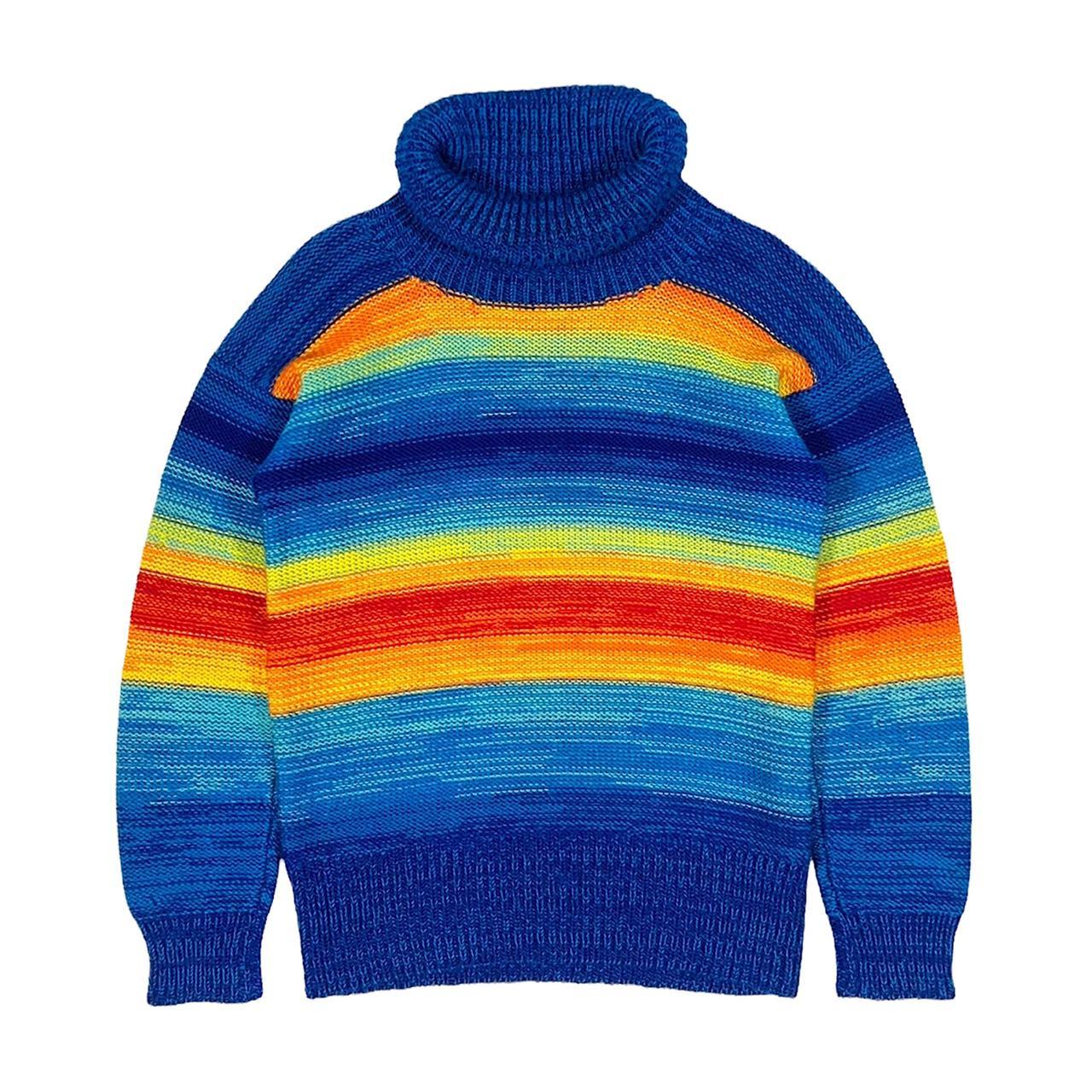 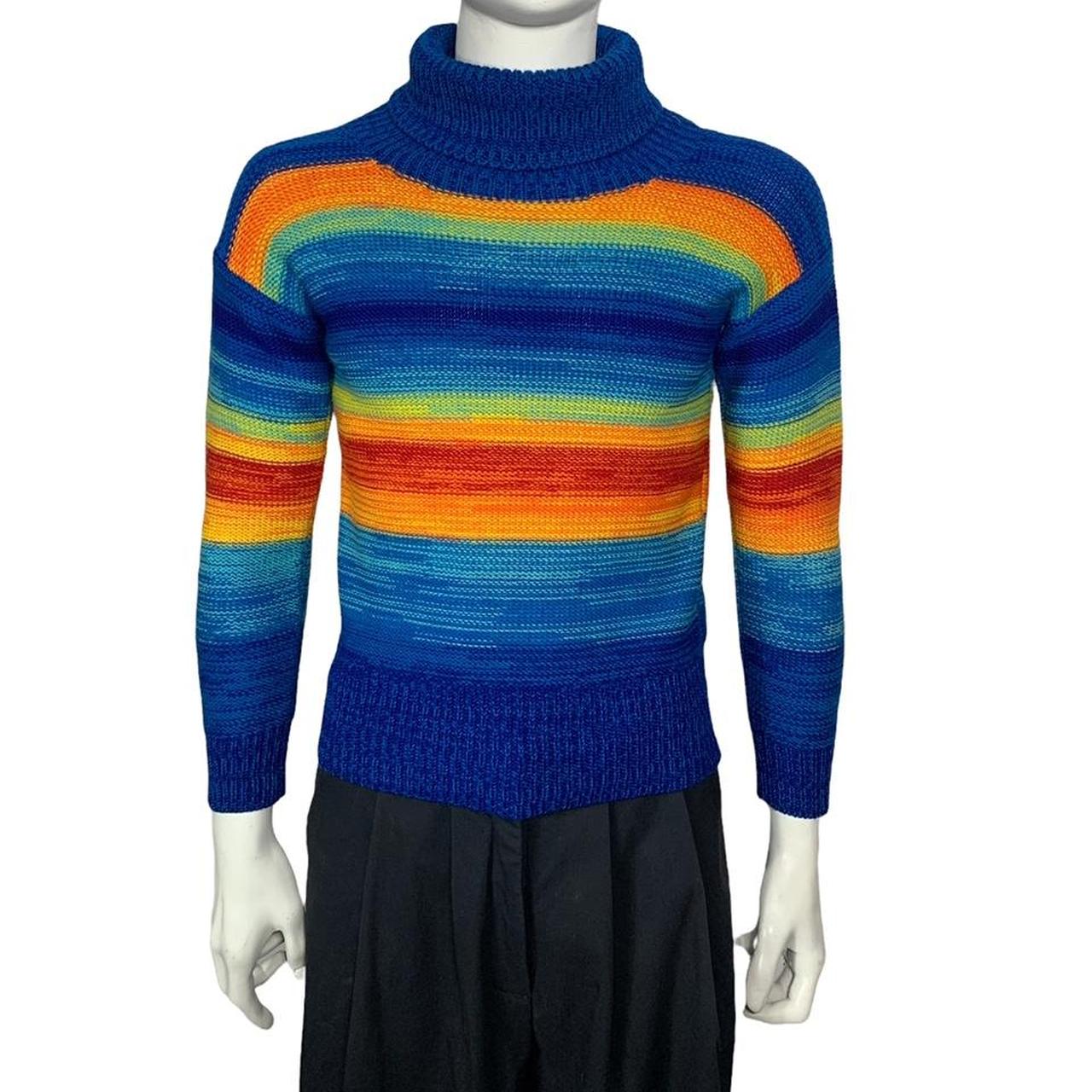 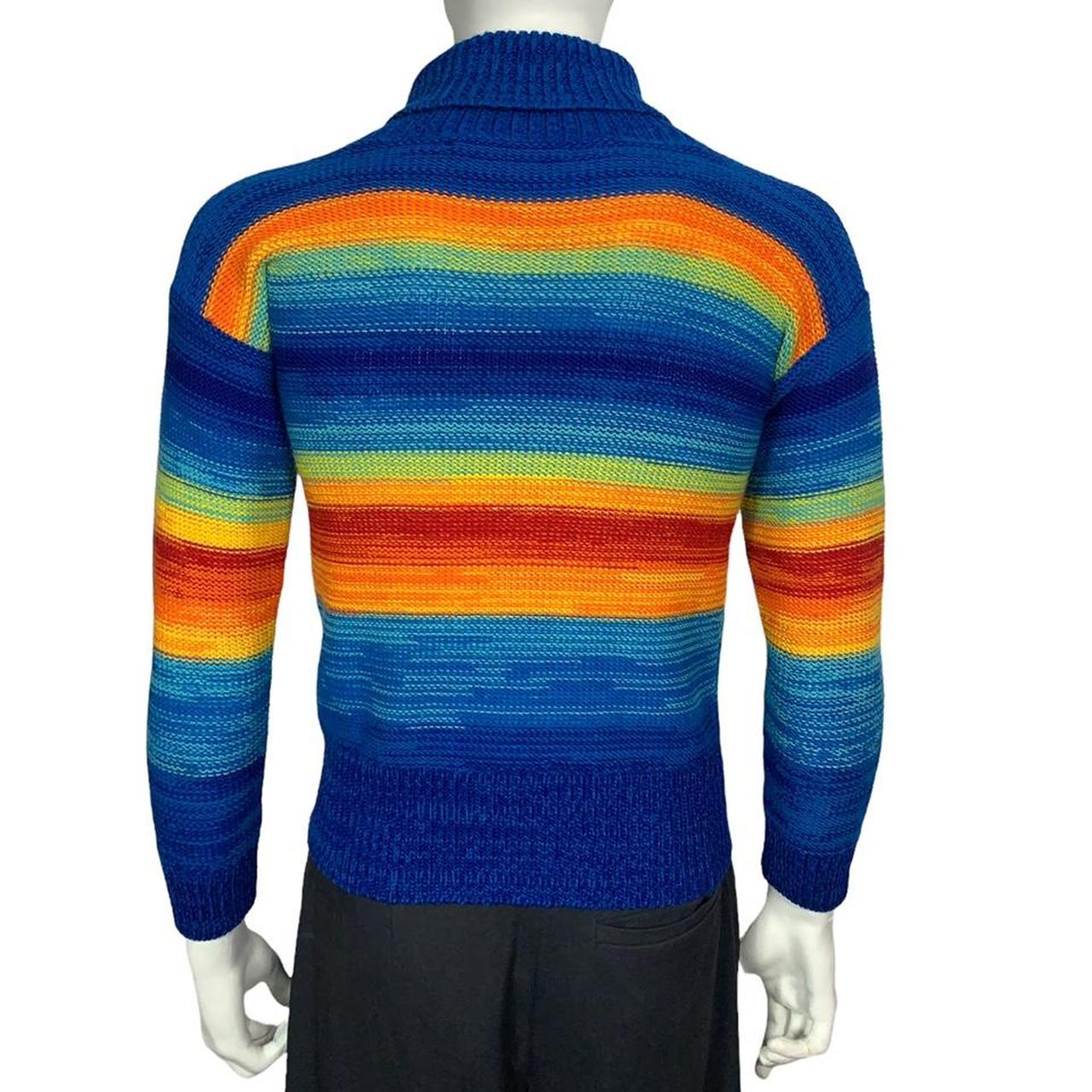 Kansai Yamamoto AW1976 Multicolor Sweater In 1971, Kansai Yamamoto ignited a fashion revolution when he became the first Japanese designer to showcase his work on a London runway, a decade before Rei Kawakubo of Comme des Garçons and Yohji Yamamoto debuted their respective collections in Paris. Since then, Kansai has become famed for creating androgynous and futuristic stage costumes for David Bowie – most notably for his Ziggy Stardust tour. Yamamoto explained how his personality's aesthetic found further influence in the period between studying in Japan and debuting in the UK: "I have a very strong personality, and do not feel myself in black and white clothes. He is considered the father of Basara, a Japanese concept in direct opposition to wabi-sabi minimalism. Basara can be interpreted as the sartorial definition of 'extra.'" Shoulders : 52 cm / 20.5in Chest : 43 cm / 17in Sleeve Length ( from shoulders ) : 62cm / 24.4in Length : 70cm / 27.5in Condition 9/10