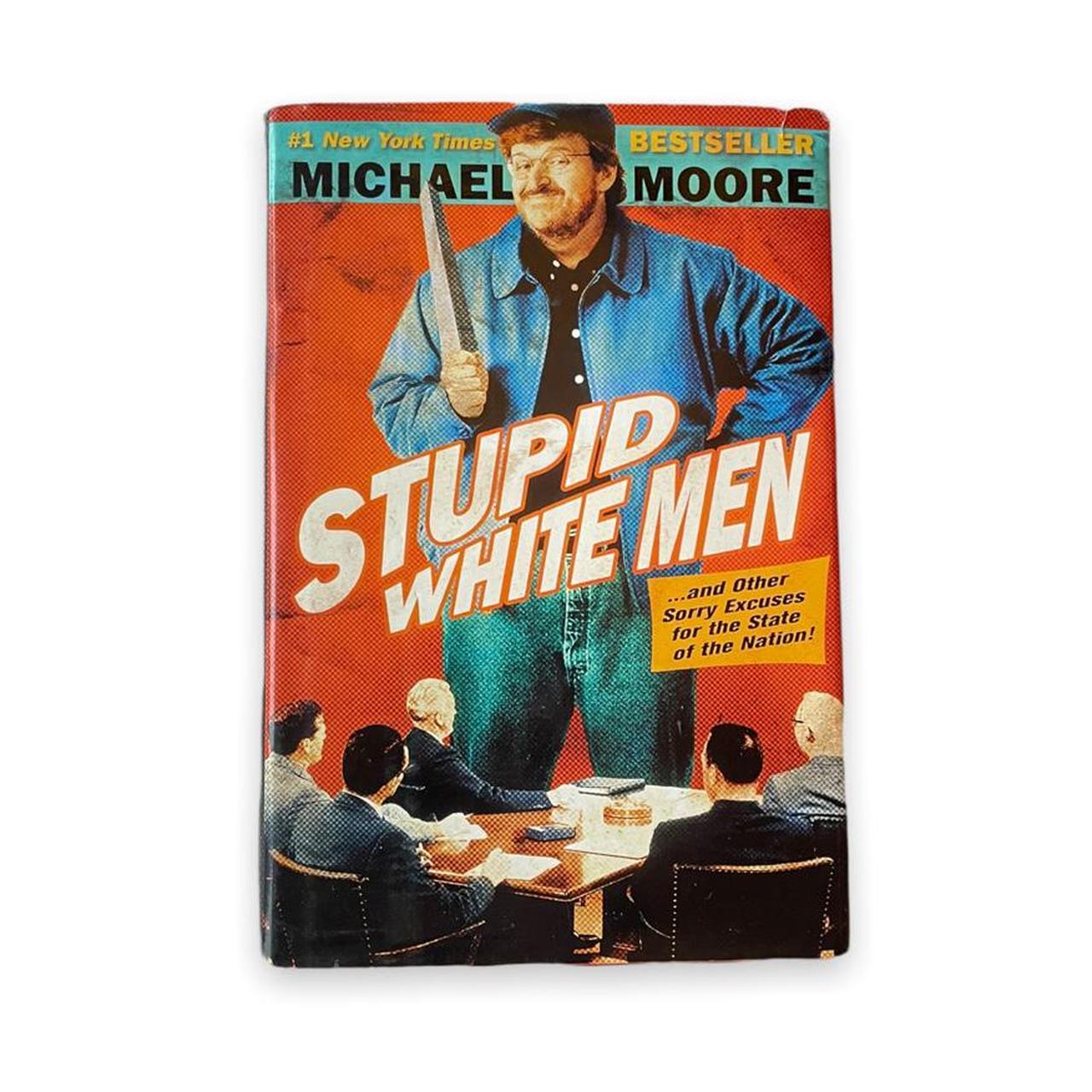 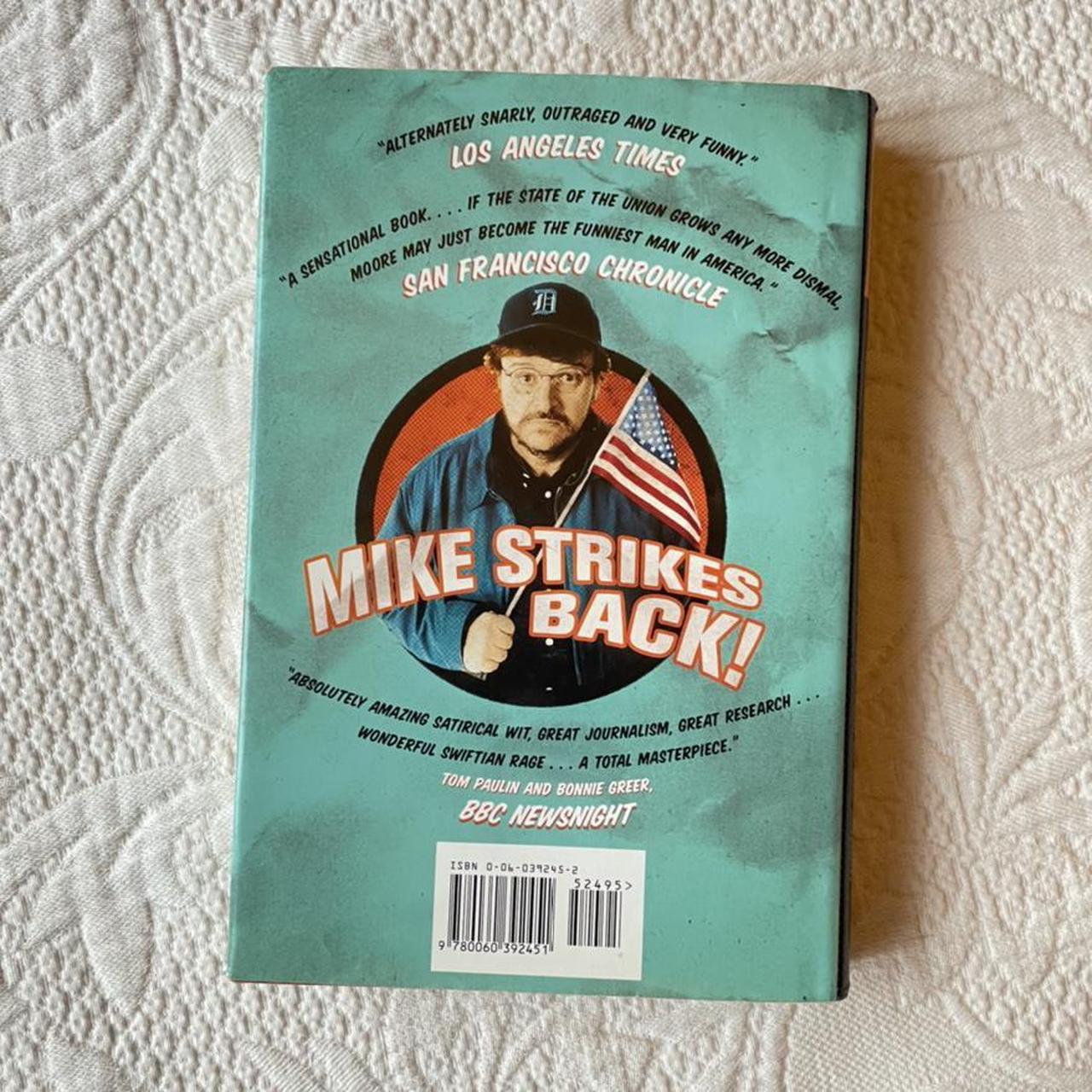 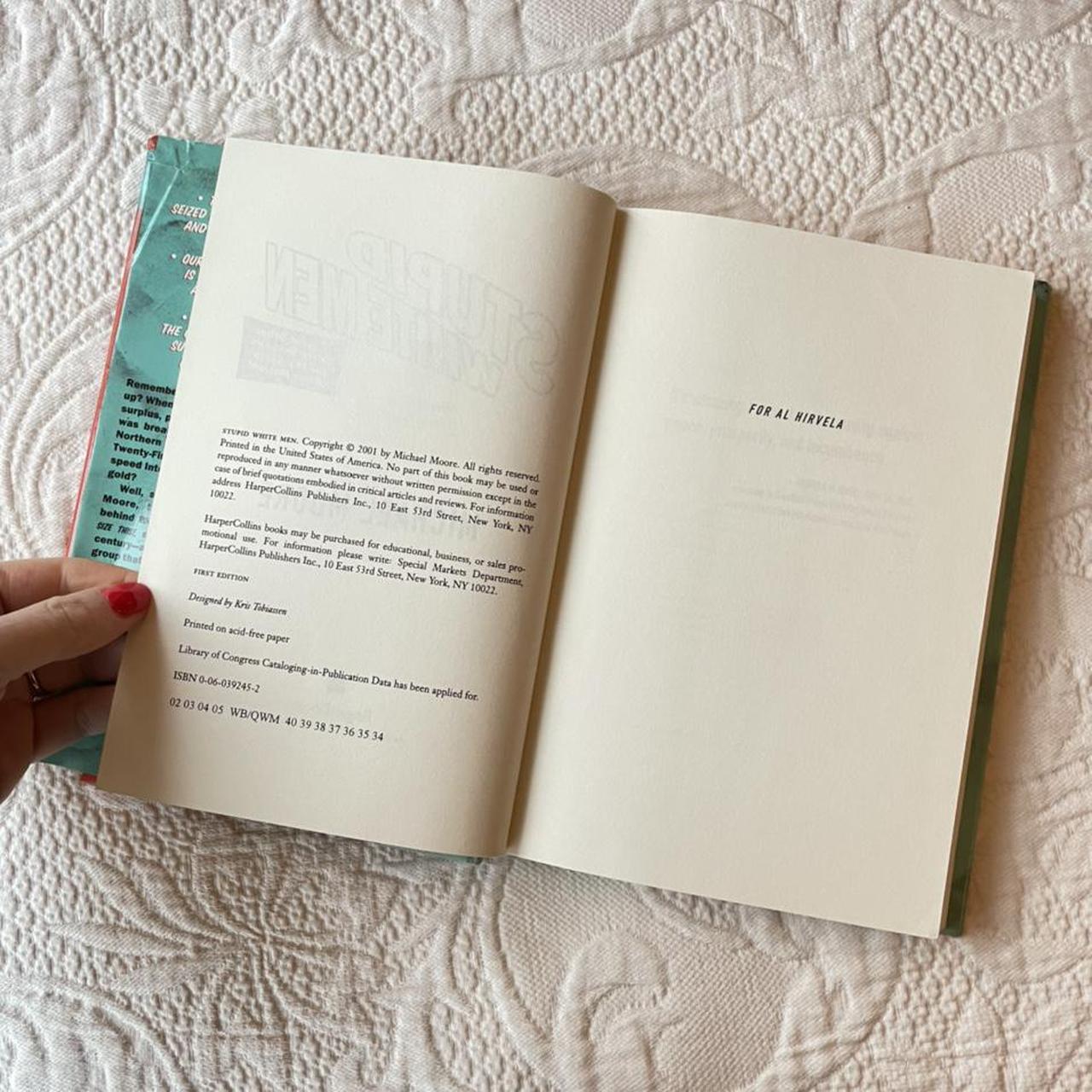 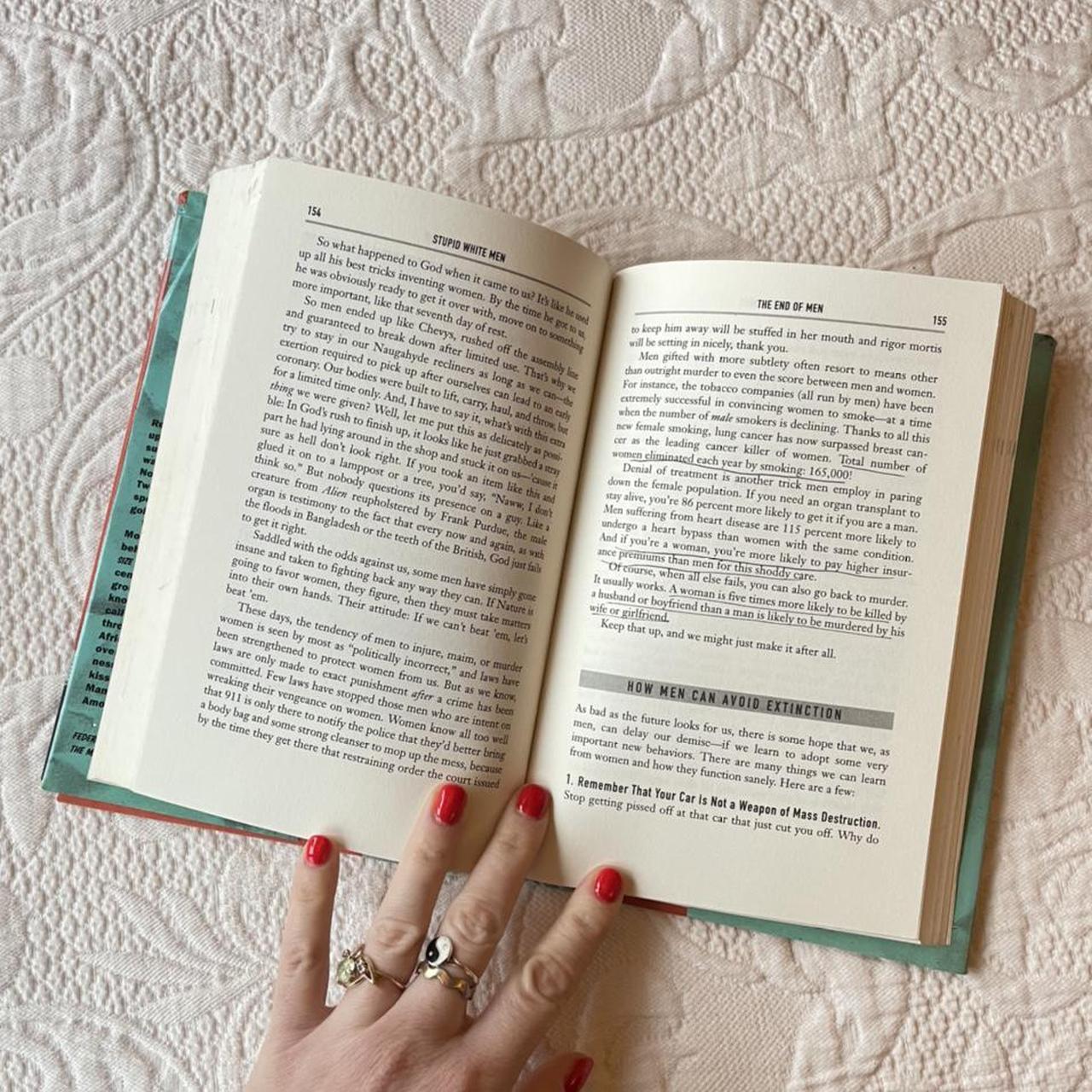 Stupid White Men... and Other Sorry Excuses for the State of the Nation! Book by American filmmaker Michael Moore Published in 2001 First Edition Hard cover with dust cover 304 pages in English In good condition, some notes and underlining carefully written on some pages. The book is highly critical of then-recent U.S. government policies in general, especially the policies of the Clinton and then-nascent Bush administrations. Moore's "A Prayer to Afflict the Comfortable" was originally published in this book. Well, so much for the future. Michael Moore, the award–winning provocateur behind Roger & Me and the bestseller Downsize This!, now returns to size up the new century – and that big, ugly special–interest group that's laying waste to the world as we know it: stupid white men. #usa #political #indie #smart #polysci provacitive