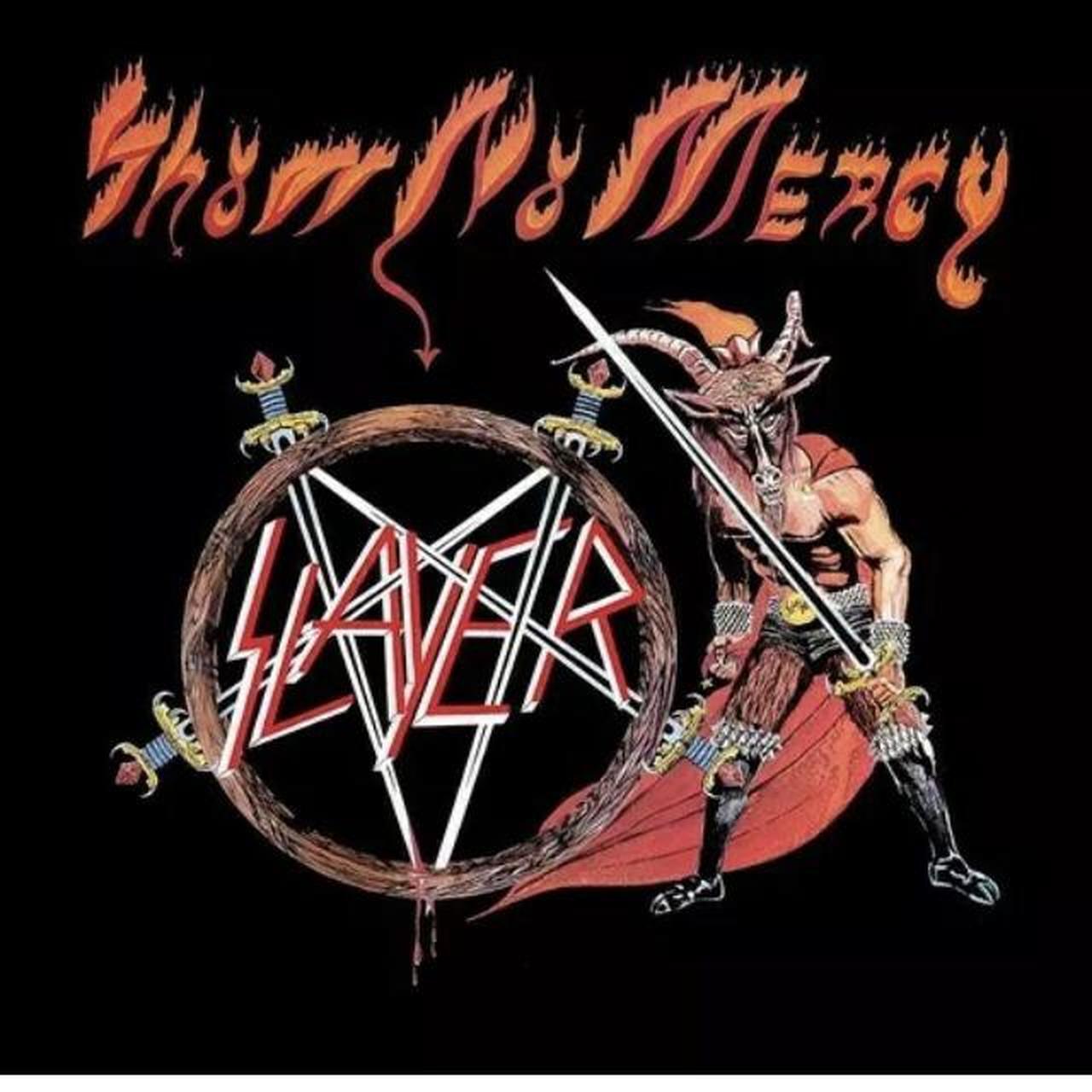 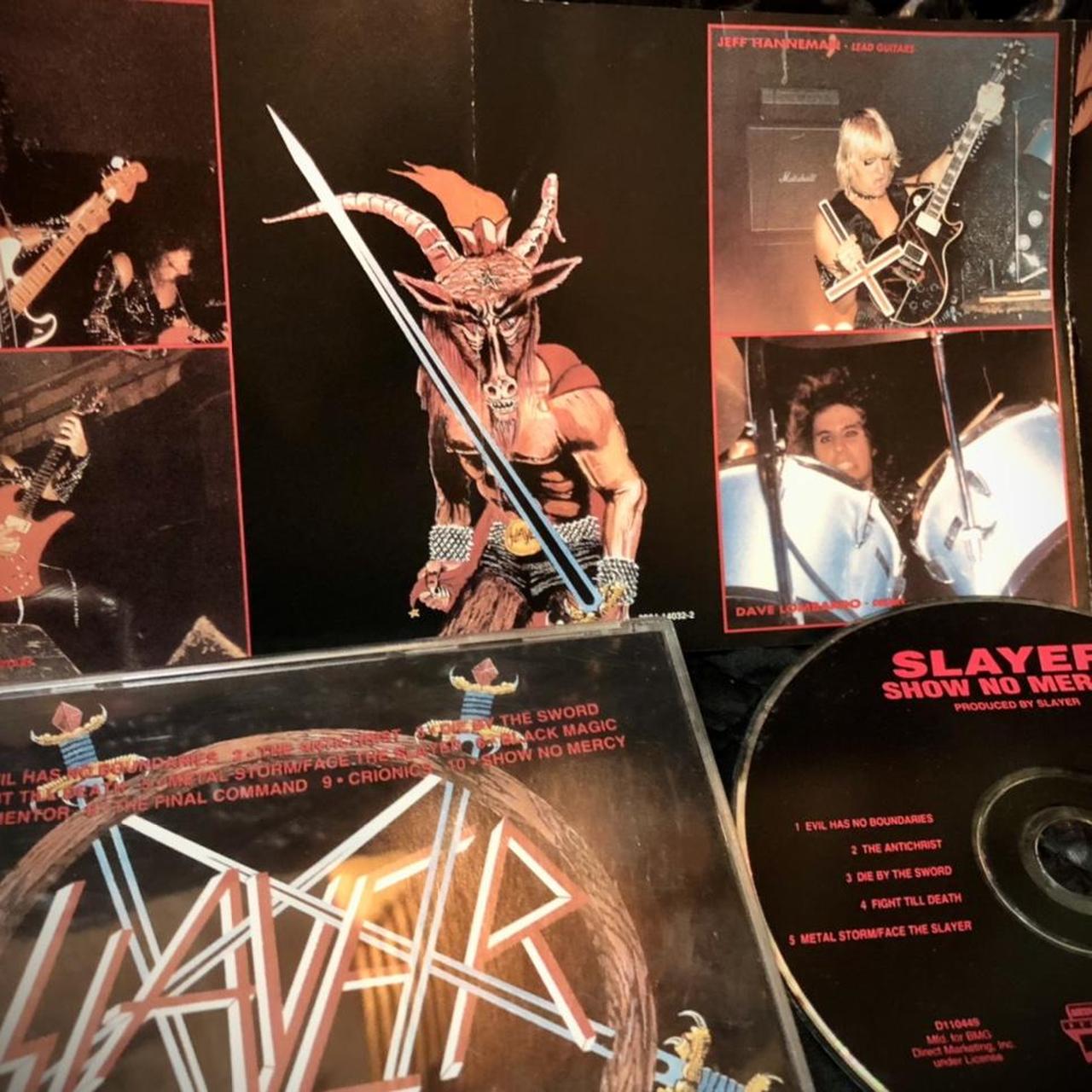 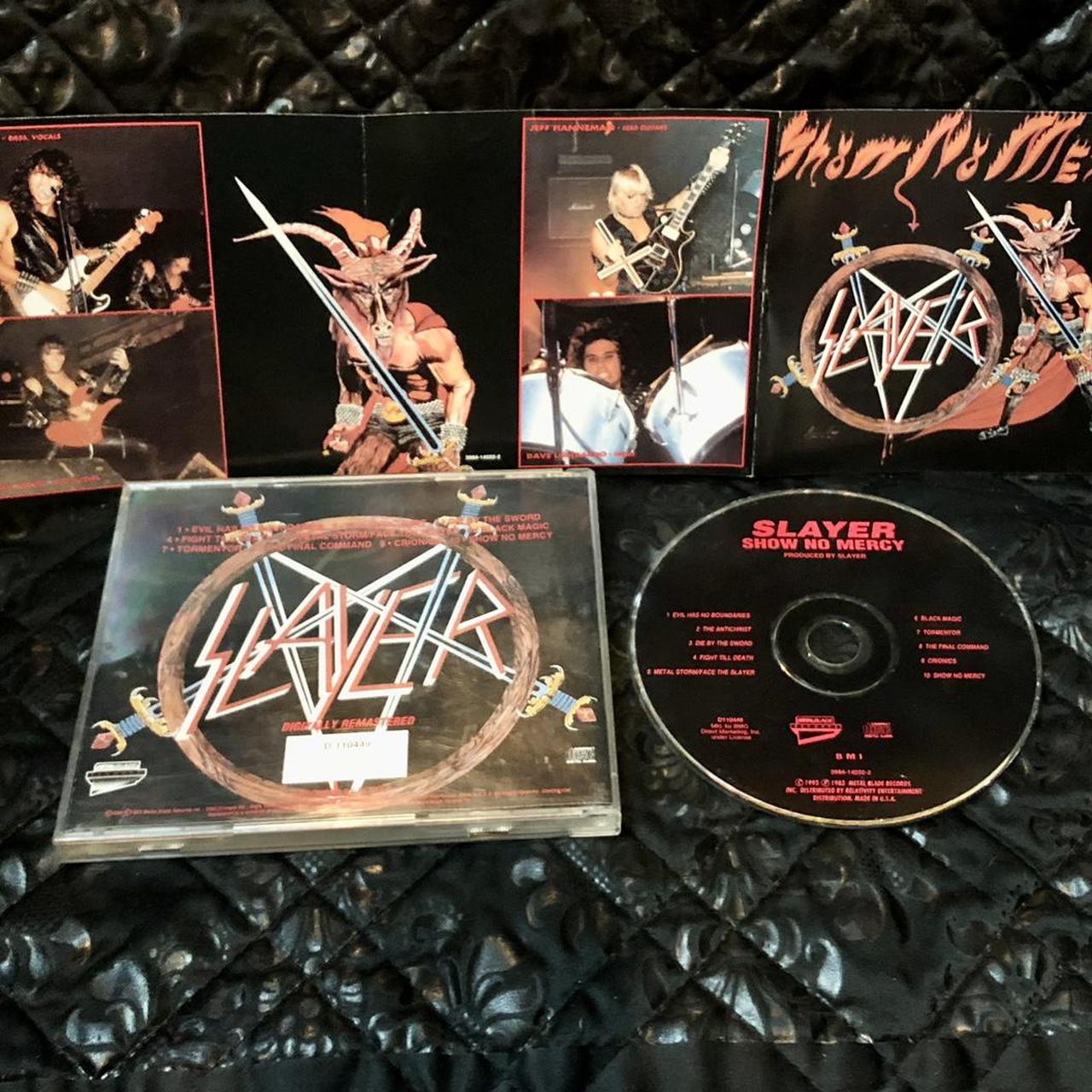 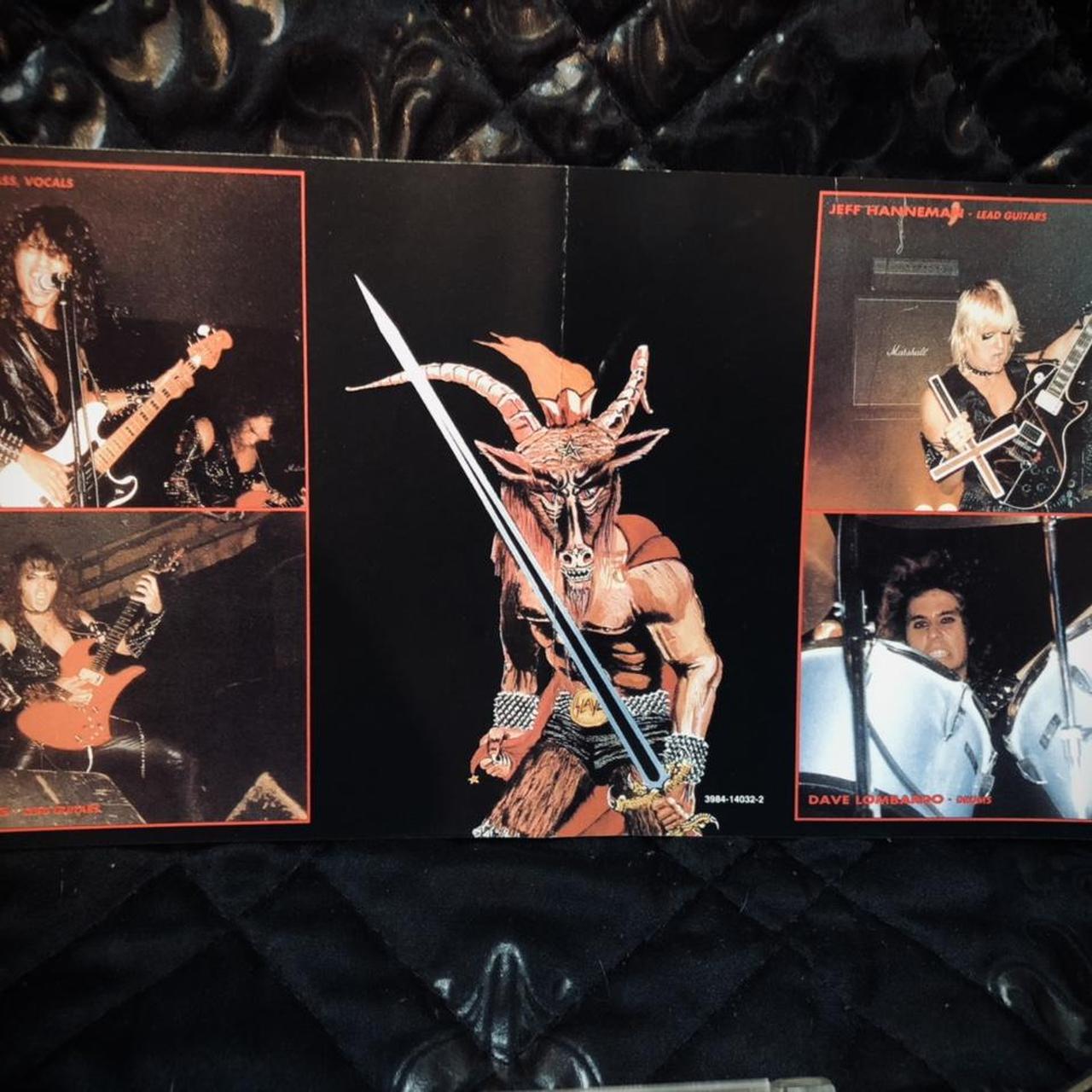 Slayer CD 1993 reissue. Show No Mercy is the debut studio album by thrash metal band Slayer, released on December 3, 1983. Brian Slagel signed the band to the label after watching them perform the song "Phantom of the Opera" by Iron Maiden. The band self-financed their full-length debut, combining the savings of vocalist Tom Araya, who was employed as a respiratory therapist, and money borrowed from guitarist Kerry King's father. Touring extensively promoting the album, the band brought close friends and family members along the trip, who helped backstage with lighting and sound.